Remember a couple of posts ago, I mentioned that there really isn’t a song I can think of that doesn’t remind me of the years I spent with Love Bomb? I revealed this tidbit of solitary sadness in an email I sent to Love Bomb a couple of weeks ago – I was originally asking for the tent (she got the TV, both kayaks, the furniture, the Chow-Chow cash cow … so spare me the tent, eh?) and got a little carried away. It happens. I threw it out there that I couldn’t listen to Melissa Etheridge, Indigo Girls, Steely Dan, America, Rush, or damn near every song we ever played on Band Hero, without feeling sick to my stomach – memories of road trips and breezy, open-window spring cleaning with the CD changer set to random. At first, these songs instinctively elicit an easy smile, but then reality bubbles over and I’m reminded that the music that used to bring me joy, now only delivers sorrow.

The good news. I got the tent.

Just over a week later, I was approached by a friend who, in a kind and loving way, approached me with a Facebook post she thought I deserved to know about.

There, on her wall, was a long, self-inflated, rather incoherent congratulatory post from Kevin (who’s name I don’t bother to change here). Call it a coincidence or irony, but the engagement gift presented to the happy couple — tickets to a Melissa Etheridge concert. And not just tickets, but VIP backstage passes to the tune of $275, each. In typical Kevin fashion, he made sure that everyone could see exactly how much he spent, because that’s what Mr. Moneybags does. Besides, Love Bomb can be bought, so that works out for both of them.

I hope you spend the whole evening, every fucking song reminded of me, Love Bomb.

The kicker though, the real kick in the ass was Kevin’s explanation of Love Bomb’s existence before New Girl replaced me. “[Love Bomb’s] life was a real Dog Breakfast till you came into it”, he wrote. On her wall. For everyone to see. On an engagement post (weird), not even a year into our demise. Dog Breakfast. Wow. 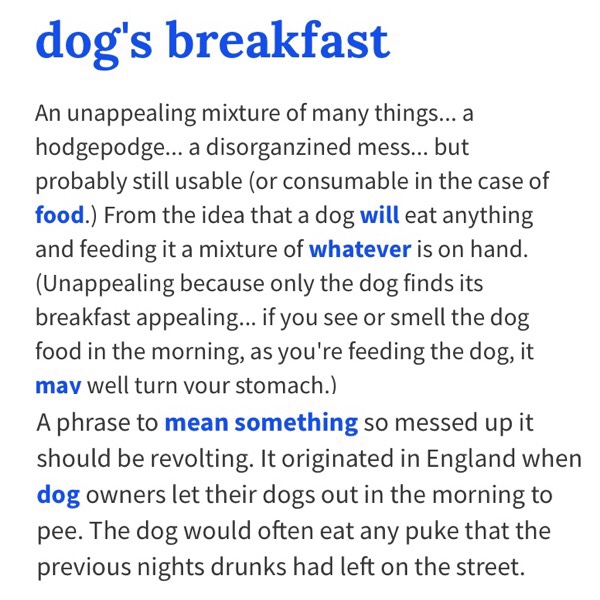 It’s not lost upon me that the phrase is Aussie slang, and perhaps it had just as much to do with Love Bomb’s history (despite continued tolerance of) with the Master Manipulator, an overprotective mother, or her financial issues (more of an issue now than ever, btw) but I know … I know that it was about me. So revolting, only a dog would approach it.

Nailed with that triple-whammy,

I melted into a puddle of tears, had to leave work early, and spent the next two days in bed.

A number of friends reached out to me upon seeing the post to ask if I was okay and to apologize for Kevin’s remarks on his behalf. It’s funny how you don’t really realize you’re associating with a bully until they’re bullying you. And it’s funny that Kevin claims to be an anti-bullying advocate despite 9-pages worth of absolutely maniacal text messages at 1:30am, sent from someone else’s phone since I had to block his, but claims that I was the one harassing him… The guy who instructed me to “go fuck yourself” when I admitted I was flirting with suicide last summer. The guy who didn’t get enough attention, so he blocked both Love Bomb and I, but soon found it possible to forgive her, while concluding that that I, I am a Dog’s Breakfast. Perhaps I bruised his tiny feelings when I suggested he could rot in hell, because what kind of asshole (bully) tells someone, anyone, to go fuck themselves upon reaching out at their most vulnerable. I have an actual reason to be hurt and angry. He’s just holding a childish grudge.

It’s taken a solid two weeks to recover from the triple-whammy.

I do feel a bit of solace in the knowledge that Love Bomb and New Girl are coming across as … ridiculous. Matchy-matchy rings 6 months in, engaged on their first anniversary, which falls 5 weeks prior to anniversary of our break-up. This being New Girls’ third engagement/marriage – damn gurl, what’s the rush / why the urgency to exchange meaningless vows (evidence-based on divorce history) with yet another suitor? They’ve jumped into everything so quickly, it makes you say, “that’ll never last” out loud. Maybe that’s true, or maybe it’s not, but believe me when I say that sticking it out in an effort to “prove them wrong” is a waste of everyone’s time. I would know.

I’m not wasting any more time. I am changing and growing every single day. Yes, I am. I didn’t get a choice in the matter. Because it was never up to me.

Love Bomb and New Girl can go about their business of rushing to repeat the same old shit, jumping from one relationship to the next.

Meanwhile, I’ll be over here living my best, most authentic life, not hopping on top the first willing cohort to approach. Likewise, second, third, or forth – I’ve been on several dates recently with some really nice people, but my bar is held high, and I won’t be lowering it just so I don’t have to be alone. I don’t need anyone to make me happy or whole, I’m doing it for myself. 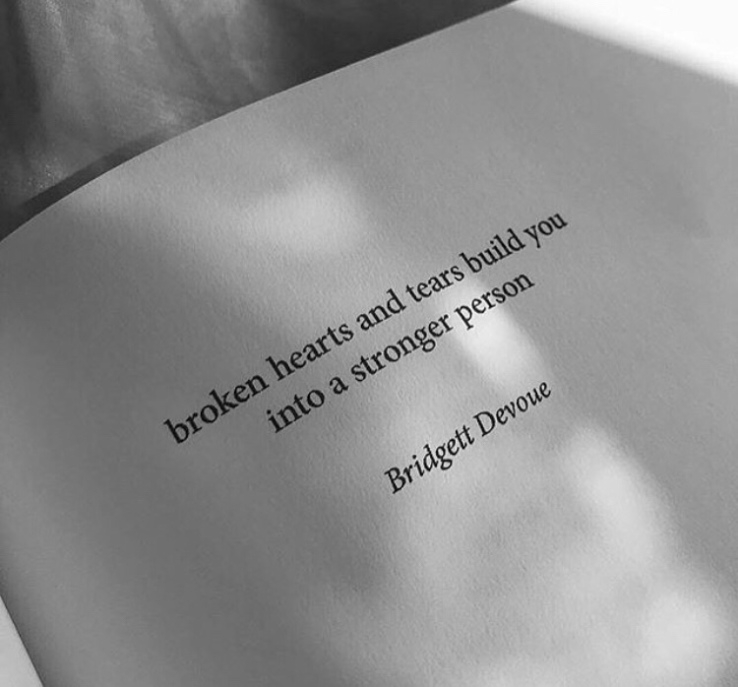 It’s been a hot minute since I went to the psychiatrist. Doc went on vacation (is she allowed to do that??) last month and I knew I had scheduled something upon her return but it wasn’t until a text reminder arrived on Saturday that I remembered it.

Reply “C” for confirm. Hell yeah, I’ll be there. I need refills! Also – did you read my last entry??

Love Bomb used to gently encourage me to see a psychiatrist whenever I’d get upset about virtually anything, unreasonable or not. Okay, so that time I got into a physical altercation with the lawnmower could have been construed as “unreasonable”, but it’s not like I was hurting anyone besides that self-righteous asshole mower. It’s no secret that I have a hot Irish temper (thanks, ma!) and fairly high expectations that are often unsatisfied. No, it’s not an “anger management issue” (quotations inserted on Love Bomb’s behalf) – it’s just one of those charming things that makes me an exceptionally passionate human. My passion makes me a better being, not inferior nor in need of repair.

I rolled out of bed at my typical slothful 10:15am. Why yes, I am generally expected to be to work by 10:30am, but you know what? I have a 2 minute commute (woo!) and time-clocks working the way they do with a built-in 8 minute grace-period, I most often arrive quite on-time by 10:37am. And yes, it’s also true that I sometimes resemble a recently unwrapped mummy complete with sleepy creases still embedded in my cheeks and I’m just fine with that! I work in an animal shelter, not a beauty salon. Besides, most everyone I work with knows better than to poke this bear before I’ve consumed at least one very strong cup of coffee, and the ones who don’t learn quickly.

Truth be told, I do realize that my sleeping habits tend to be excessive and that is something I discuss with my psychiatrist. I also have Fibromyalgia and Chronic Fatigue Syndrome, so if you’re feeling judge-y about my sleep schedule, just don’t.

I had every intention of heading in to my appointment and having a reasonable adult conversation with my doctor, but it became pretty clear on the 20 minute drive to her office that that wasn’t happening. The sun was shining bright warming this February day to a whopping 70 degrees, windows open, sunglasses on, playlist, set to random, was choosing awesome tunes, and then there was me: ugly-crying all the way to Vienna.

By the time I arrived, I decided I no longer wanted to go in the office for the whole 15 minutes I had reserved. I had finally pulled myself together and I just didn’t feel like crying anymore. Fortunately, it’s clear I’m not the only one who does this by the two boxes of tissue within arms reach of that familiar soft, leather chair. Still, at 8 months into our work together, I hoped I had improved enough to avoid accruing a small mountain of soggy tissues, that, despite their strategic placement, I couldn’t find a trash can to deposit them in, so I wadded them into my hand, one after the other after the other.

Doc: “So, what’s been going on? How were your Holidays?”
Self: “Well, you know, every solitary first is tricky, but I got through it.”
Doc: “I’m glad to hear that. And more recently? It sure is a beautiful day outside!”
Self: <sob>
Doc: “What is it about a pretty day like today that makes you sad?”
Self: “It just kind of reminds me of last spring, and all that happened last year.”
Doc: “I see. You’re coming up on a year now since your breakup.”
Self: “Yeah, I mean, it’s only February, so this is gonna be a long spring, but April 6th was pivotal, April 23rd was too, and then May 13th was when she officially did away with me.”

She nodded some more and reassured me that what I was feeling was okay and normal; Every first is a struggle and that may also be true of seconds and thirds. GREAT!

Suddenly, fifteen minutes didn’t seem like enough time to cover all the topics I felt needed covering, i.e.: all the things that have contributed to my recent crap-ass mood. My birthday two weeks ago. Valentine’s Day. Even the fact that my bank information was recently stolen and just how vulnerable that makes one feel, not to mention all the work involved in fixing it while also making sure the bills get paid.

Doc: “So, it’s been almost a year. Have you started to consider dating? Does that interest you?”

I put myself out there on a couple of dating apps because, apparently, that’s how a lot of singles do this. For the most part, I’ve been discouraged. The dating pool, in my opinion, leaves a lot to be desired at the geriatric age of 43. Isn’t there some theory that men get more distinguished as they age? Lies!

That’s not to say that I’m perfect. Here’s what my profile should read:

Age: Too old for this crap
Sexuality: Somewhere on the spectrum
Body type: Not terrible, but definitely enjoys tacos

It’s entirely possible that I need to lower my expectations when it comes to finding a suitable partner-in-crime. Perhaps I should reach out to the guy I met for drinks a couple of weeks ago — the one who sort of reminded me of my pop. Maybe he’ll appear less dad-like dressed casually … ? Then again, I may just put this whole dating thing on the back burner for a spell. After all, I don’t require someone to fill my heart or my bed to make me whole.

I wish I could say that the 15 minutes I spent with the doc fixed all my woes. Unfortunately, it just doesn’t work that way. I wish it did. Although I’m not actively suicidal, I flirt with passive attempts at self-destruction like not wearing my seatbelt. And so, a tweak here and a tweak there of those morning meds that make my life more tolerable, and check in next month.

I may wake up late and ruminate, I may stick my head in the sand some days, but I will keep getting up (eventually) and showing up (in due time). There’s no way around doing the hard work when you’re left behind, and so I will.